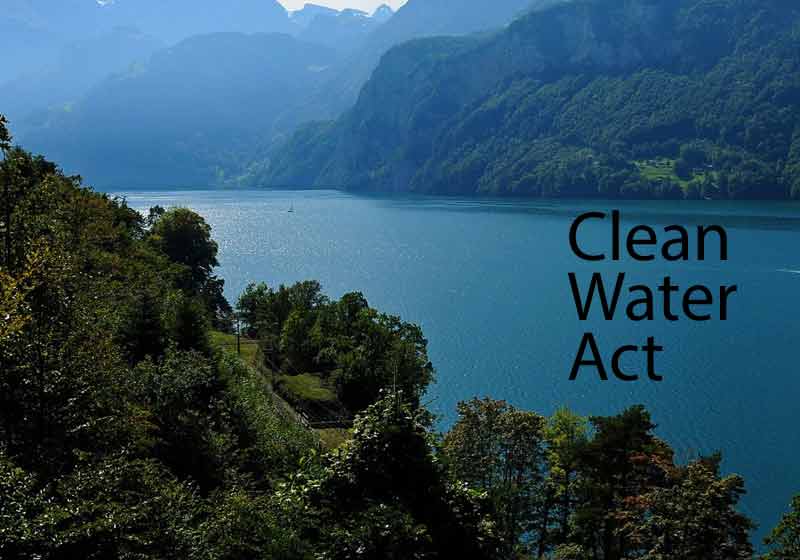 The Clean Water Act was enacted in 1972 by an overwhelming vote in Congress “to restore and maintain the chemical, physical, and biological integrity of the Nation’s waters.”  To protect the Nation’s waters, implementation of the Act required permits of anyone discharging pollution into the “waters of the United States” in a way that could affect human health or aquatic life. These rules applied to factories, power plants, golf courses, new housing developments — and more – when their discharges could affect the people and environment living downstream.

Awareness and regulation of what is being put into our water is a good thing, right?

But the Clean Water Act (CWA) didn’t precisely define what was included in “waters of the United States” (WOTUS). The law was clear that major navigable rivers and lakes and any connected waterways should be protected. But what about distant waterways that are less directly connected? What about the 60 percent of streams that are often dry for part of the year but flow into the larger rivers when it rains? What about wetlands that indirectly but significantly affect the quantity and quality of navigable waters. Any pollution dumped into these waters would affect the ecosystem and impair the “chemical, physical, and biological integrity of the Nation’s waters.”

Unfortunately, although Congressional intent was crystal clear, their loose definition of which waters should be regulated under the CWA provided the opportunity for legal debate. Over the years, three cases involving this question made their way to the Supreme Court, but the court has also been unsuccessful in settling the debate over what waters should be regulated by the CWA in order to protect the health of our waters and the people who depend on them for their livelihood and recreation.

However, in the most recent Supreme Court case in 2007, the Court made it clear that it was the responsibility of the agencies, the EPA and Army Corps of Engineers, to develop a rule and regulations to bring clarity to the matter. So, after pulling together the massive amount of related science, including over 1,000 peer-reviewed scientific publications, and seeking and getting input from the States, non-profits, affected parties, and private landowners and citizens, the Obama administration finalized what was called the “Clean Water Rule” in June 2015.

The rule was strongly science-based, and outlined which bodies of water were automatically covered by the Clean Water Act and which ones needed to be dealt with on a case-by-case basis to scientifically assess their connection to downstream waters.

Importantly, the 2015 Clean Water Rule, for the first time, explicitly exempted a number of types of waterbodies often found on farms and other private lands, such as puddles, ditches, artificial ponds for livestock watering, and irrigation systems that would revert to dry land if irrigation were to stop. Thus, th 2015 rule created more certainty than had previously existed about which of the nation’s waterways were subject to regulation and which were not. At the same time, the rule offered clearer protection to bodies of water and headwater streams that, for example, contribute to the drinking water supplies for one-third of the Nation’s population.

Opponents of the rule didn’t accept the science underlying the new rule, nor were they comforted by the EPA’s explicit exemptions for agriculture. Instead, they called it a “power grab.”

The 2015 rule defined terms such as “tributary” and “adjacent” in ways that opponents said made it difficult to know whether the specific ditches, drains or low areas on their land would be deemed “waters of the U.S.” Their concern was that these definitions were broad enough to give regulators (and citizen plaintiffs) justification to assert that such areas are subject to Clean Water Act regulation, and that they gave the agencies new authority to regulate land use. These criticisms were not supported by the actual language of the rule, but they nevertheless gave opponents of regulation of the Nation’s waters the fodder to fight the new rule in the political arena and in the courts.

Jon Devine, an attorney with the Natural Resources Defense Council, pointed out that the Clean Water Act has always regulated agriculture lightly, and in fact has long provided blanket exemptions from the Act’s regulations for anything considered to be a “normal agricultural practice.”  In fact, a recent study found that the EPA’s jurisdiction over waters on farmland actually shrank under the 2015 rule.

But because the Clean Water Act’s regulations had become highly politicized over the years, President Trump began pointing to the Clean Water Rule on the campaign trail as an example of EPA overreach, earning cheers from rural audiences. In signing his executive order in March 2017, he called it a “destructive and horrible rule,” ignoring the fact that the rule had actually provided more clarity and certainty than had previously existed while at the same time seeking to better fulfill the Clean Water Act’s science-based purpose of restoring and maintaining the “chemical, physical, and biological integrity of our Nation’s waters.”

The new proposed rule ignores much of the science about the connections that exist between our smallest streams and wetlands and the downstream navigable waters. The proposed rule would end Clean Water Act protections for millions of stream miles across the country -- streams that contribute to the drinking water supplies of 117 million Americans and provide essential fish and wildlife habitat that support a robust outdoor recreation economy worth $887 billion. The proposed rule would also erase protections for tens of millions of acres of wetlands, a critical part of functioning watersheds, including groundwater recharge, pollution filtration, and providing baseflows to streams, as well as protecting communities from flooding. In eliminating these protections, the proposed rule will, over time, increase flooding and related costs to insurance companies and taxpayers, decrease the quality of our drinking water, increase the cost of water treatment plants, and degrade the hunting, fishing and other water-based recreational opportunities and associated economies that are so important to those of us who live in the Ozarks as well as in every state in the country.

Is this something you want to see happen? What are your concerns about the proposed rule? What kind of balance do you think should be struck between protecting the environment and our waters and providing opportunity for economic development?  The Opportunity for public comment is now open, and we encourage everyone who cares about the quality of our waters to send in your thoughts. They can be as short and sweet or as detailed as you’d like, but they are all important.

This link goes through Trout Unlimited and makes it easy for you to express your thoughts.

Or your can go directly to EPA's public comment site to send your letter.

The comment period will close on Monday, April 15th at 11:59p Eastern. 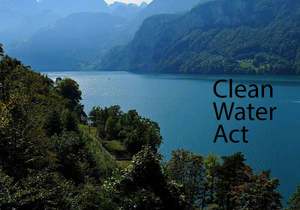