Baxter and Marion Counties lie within the Ozark Plateaus physiographic province.  The Salem Plateau is located next to the Springfield and is exposed along northern and the eastern portions of Marion County and through central Baxter County. The Springfield Plateau has been strongly dissected by streams and possesses steep V -shaped valleys which are separated by moderately sloping, long, narrow, winding ridges. Side slopes range from12 to 50 percent. Many stream valleys are less than one-fourth mile wide and are entrenched. The Salem Plateau has gently rolling uplands and steep, stony side slopes. The White, North Fork and Buffalo Rivers as well as Crooked Creek flow through these counties.
Streams that drain into the White River in Baxter County include Bruce, Hightower, Lithia, Jenkins, Hicks and Big Creeks.

About the Hicks Creek-White River Watershed

Hicks Creek has its origin approximately one mile north of the Mountain Home city limits in the west central part of Baxter County. It flows in a southerly direction through Mountain Home for about four miles prior to receiving the sewage treatment plant effluent then continues south for another 2.9 miles to its confluence with Big Creek which then flows 6.3 miles in a south-east direction to its confluence with the White. 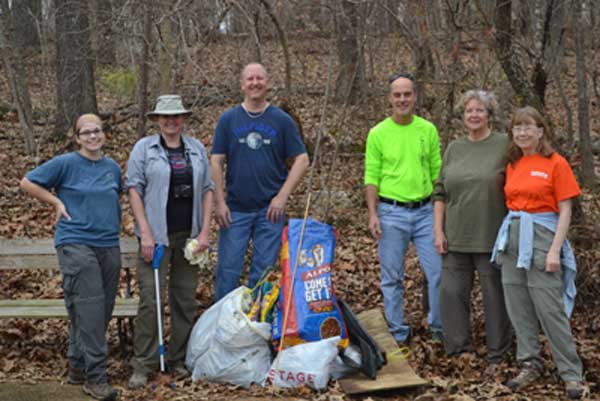 Friends of the Rivers focus on Hicks Creek began in 2012 with a landowner relationship that has become special.  Friends  has access to approximately 900 linear feet where vegetation on both sides of the creek provides for varying temperatures and habitat. The natural flowing features and water quality of this stream below a developing city are enhanced by the landowner’s commitment to a private sanctuary for her "critters." 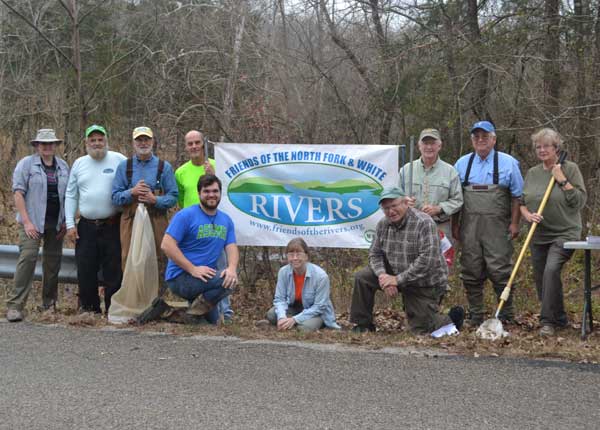 Friends thanks Mid-South Fly Fishers, who consider the White and the North Fork Rivers a major part of their "Home Waters" - for kicking off this stream team. 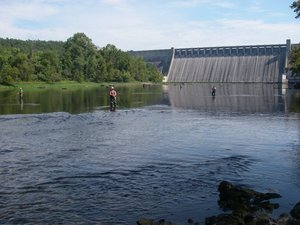 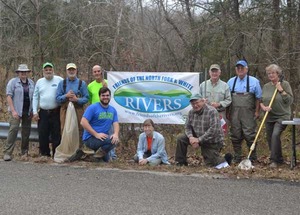