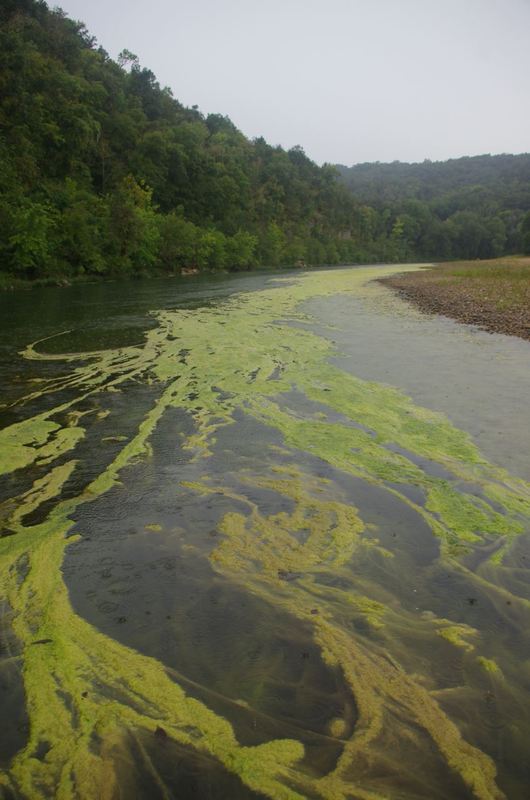 GILBERT, Ark. (AP) — About two dozen volunteers have recently completed an algal survey on a stretch of Arkansas waterway just weeks after federal officials issued warnings about it.

A group scientists, students and activists met in Gilbert last month for a half-day training workshop before spending the next day documenting the algae found on the Buffalo National River, the Baxter Bulletin reported . The river is known as a popular spot for rafting, fishing and canoeing.

"So many people care about the health and safety of the river," said Teresa Turk of the Ozark River Stewards, one of the organizers of the survey. "We feel that there is not enough being done to protect it, so it's time for citizens to step up.

The river's algae has been increasing in recent years and stumping scientists, said Jessie Green, executive director of the White River Waterkeeper nonprofit.

"With enough long-term data, you can answer questions like, 'Is it getting worse?' Right now, there's just anecdotal stories, and not a lot of solid, scientific evidence," she said. "There's still a lot of work and a lot of data to be collected."

A second round of surveying is planned for the end of the month. The survey will be used to help create a baseline to help answer future questions about the river's algae, Green said.

Information from: The Baxter Bulletin, http://www.baxterbulletin.com