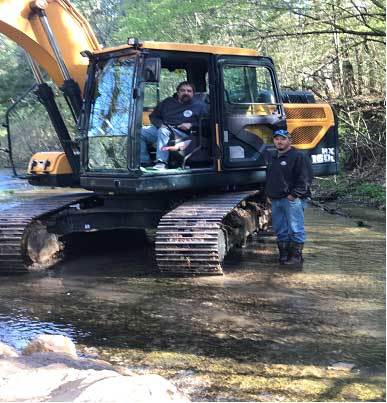 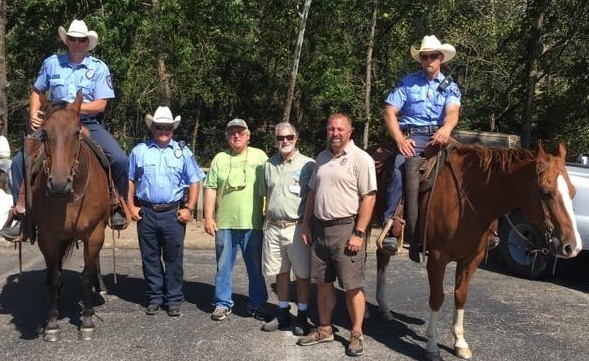 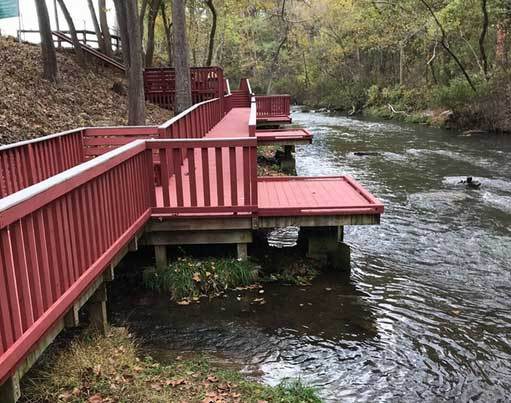 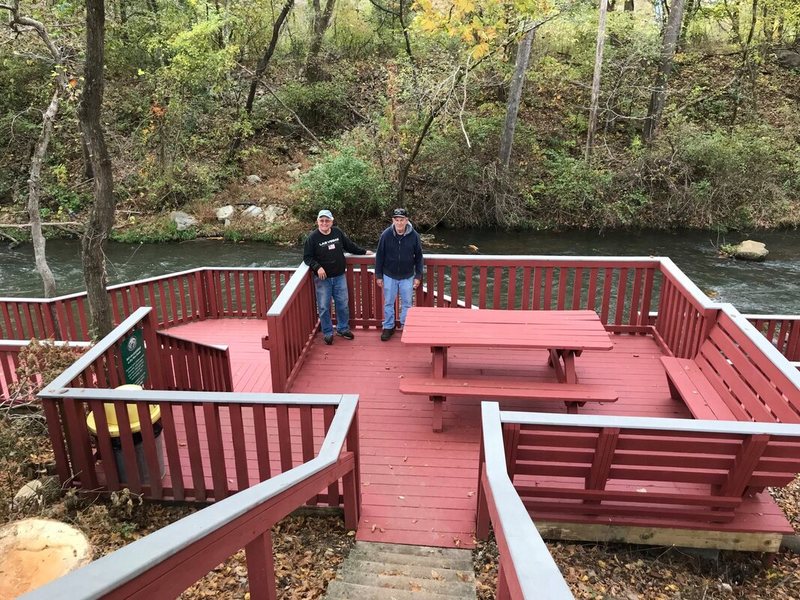 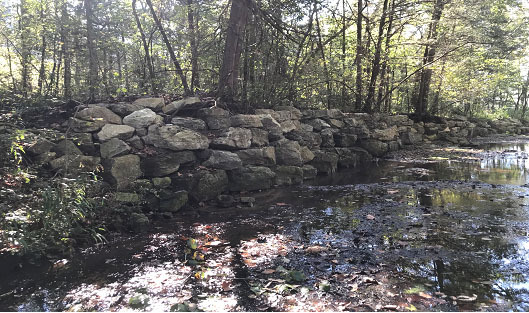 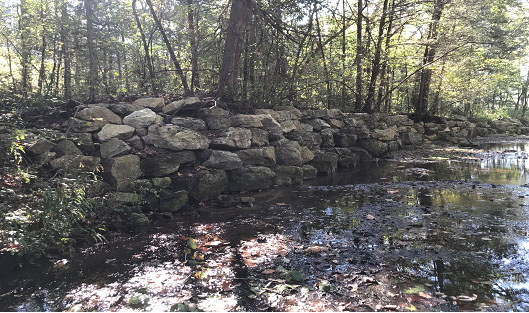 The bank stabilization will reduce the sediment runoff from heavy rains which have created turbidity and reduced dissolved oxygen in DRC and the Norfork tailwaters. Tim Burnley and Eli Powers with AGFC managed the project which stabilized about 80 feet of the bank where most of the erosion occurs using approximately 100 tons of rock.

Roger Cannady (R) volunteer with US Fish and Wildlife Service and Tom Emerick did significant carpentry work replacing rotten boards and installing Trex composite railing on the upper walkway railing. Power washing all of the deck and railings and painting was done with volunteers that included Tom Emerick, Mike Jirka, Gary Flippin, Danny Sabo, Mike Enger, Ron Hulstein and Steve Blumreich. A special thanks to Ron Hulstein for coordinating help from the Care Center Ministries men to complete a significant amount of the painting.

These improvements were funded by a total of $5,000 in donations from NAFF, Arkansas Trout Unlimited White River Chapter 698, Friends of the North Fork and White Rivers and Friends of the Norfork National Fish Hatchery and in-kind contributions by AGFC for the bank stabilization and help from US Fish and Wildlife Hatchery employees and volunteers.

Please visit Dry Run Creek to see the wonderful work and thank the volunteers and organizations that contributed money, in-kind services and the physical work needed to complete the project.

Dry Run Creek is a world class fishery for youth and handicapped adults and we are all thankful and proud to have contributed to these improvements.