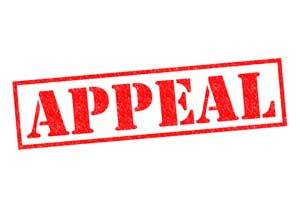 The attorney for a Newton County hog farm has filed an appeal of the state's decision to deny the farm's permit to continue operating.

William Waddell of Little Rock filed the appeal Thursday on behalf of C&H Hog Farms, arguing that the Arkansas Department of Environmental Quality denied the permit because C&H didn't provide information that it was never asked to provide.
Waddell wrote that the department's decision was "arbitrary, capricious, not in accordance with state and federal law, in violation of the Arkansas and United States Constitution, and not supported by generally accepted scientific and engineering knowledge and practices."
Waddell wants the opportunity to present evidence and make an oral argument before the Arkansas Pollution Control and Ecology Commission, which is the appellate body of the state's Environmental Quality Department.

C&H owns and operates a concentrated animal feeding operation in Mount Judea. C&H has about 6,500 pigs at its farm near Big Creek, a tributary of the Buffalo National River.

The Buffalo River, administered by the National Park Service, encompasses 135 miles of the 150-mile-long river, which traverses Newton, Searcy and Marion counties before flowing into the White River just inside the Baxter County line.
The national park attracted nearly 1.8 million visitors in 2016.

Concerns for the Buffalo River have galvanized opposition to the farm. Opponents fear that pig manure stored in pits or spread on land could pollute the scenic, free-flowing river that's popular with floaters, fishermen, hikers and campers.
C&H had until Feb. 10 to file the appeal after the Jan. 10 denial of the farm's application for renewal of its operating permit in the Buffalo River watershed.
The department stated in its permit denial that it did not have sufficient information to ensure compliance with Regulation 5.402, which sets out the design and waste management systems as described in a technical guide and the Agricultural Waste Management Field Handbook, both published by the U.S. Department of Agriculture Natural Resources Conservation Service.
After a hearing Wednesday in Little Rock, the commission issued a stay in the case. C&H can continue operating until the appeal process is concluded.

Attorneys for the farmers argued that the stay should be granted on the grounds that failure to grant it would close the farm and cause irreparable harm to the farmers' livelihoods. C&H is owned by Jason Henson and his cousins Phillip Campbell and Richard Campbell.
Opponents of the farm argued that the stay couldn't be legally granted when the permit is not under review.

The department didn't take a position at the hearing. Henson didn't return a telephone call Friday seeking comment about the appeal, and Waddell said he wasn't authorized to discuss it.

In the appeal, Waddell listed four "issues" with the permit denial:
• Issue 1: Denial of the permit wasn't an option because C&H had submitted a timely and complete application for renewal of its Regulation 6 permit. Regulation 6 pertains to state administration of the National Pollutant Discharge Elimination System.
Two weeks after C&H applied April 20, 2016, to renew its Regulation 6 permit, the state decided to stop issuing those permits. They were set to expire Oct. 31, 2016.
"The department made the decision not to renew this general permit after an extensive review of all comments received during the public comment period," Becky W. Keogh, director of the Environmental Quality Department, wrote in a notification May 4, 2016. "Only one facility had received coverage during the five-year term of the general permit. ADEQ determined such limited use was inconsistent with the intent of a general permit and, thus, did not warrant renewal."

According to the U.S. Environmental Protection Agency, individual permits are written to reflect site-specific conditions of a single discharger, whereas a general permit is written to cover multiple dischargers with similar operations and types of discharges.
"Individual permits are issued directly to an individual discharger whereas a general permit is issued to no one in particular with multiple dischargers obtaining coverage under that general permit after it is issued," according to the agency.
Earlier, on April 7, 2016, C&H also applied for a no-discharge permit under the commission's Regulation 5.
The purpose of Regulation 5 is to establish the minimum qualifications, standards and procedures to issue permits for confined animal operations that use liquid animal waste management systems and to issue permits for land application sites within the state, according to the regulation.

After the department's decision to stop issuing Regulation 6 permits, it returned C&H's Regulation 6 permit application and told the company it would be considered for a Regulation 5 permit instead, Waddell wrote.
On Feb. 15, 2017, the department issued C&H a draft permit under Regulation 5. The comment period on the draft permit ended April 6, 2017.
"Following the close of the comment period, ADEQ requested C&H to provide additional information, and by Dec. 29, 2017, ADEQ confirmed that all requested additional information had been submitted and received," Waddell wrote.

The department denied the final permit Jan. 10.
• Issue 2: The department failed to provide public notice of its proposed decision and an opportunity for comment before denying the permit, according to the appeal.
• Issue 3: The permit denial was arbitrary, capricious and the department shouldn't be allowed to deny the permit for the reasons it stated, Waddell wrote.
"Within days of issuing the permit decision, ADEQ represented that it had all of the additional information it required, and without providing any notice or an opportunity to respond, ADEQ denied the permit for the purported reason that information was lacking," according to the appeal.
The decision should be reversed and C&H should be allowed to provide the additional information required, Waddell wrote.
• Issue 4: Statements made in the department's response to comments shouldn't be considered in the appeal and were inappropriate to support the permit denial, Waddell wrote.
Responses to some commenters provided "vague" references to information that was lacking in the permit application, including a groundwater flow study and geologic investigation of the waste storage ponds and berms, Waddell wrote.
"None of the responses to comments makes any substantive findings on any of these issues, but rather states that adequate information has not been presented," according to the appeal.
In some cases, the responses transformed recommendations in the Agricultural Waste Management Field Handbook into "requirements that were not communicated to C&H before the denial of the permit application," Waddell wrote.
C&H Hog Farms' original permit, granted in 2014, was never appealed to the commission because no one who opposed it submitted any public comments. Appeals must be based on issues raised in public comments that a commenter believes were not adequately addressed in the final permit decision.

Many opponents of C&H have said they didn't comment on the original permit because they didn't know about it, noting that notice of the permit application was required to be posted only on the department's website rather than in a newspaper, as is required of other permits.