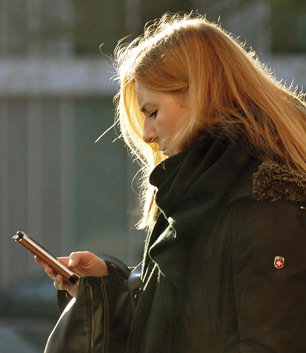 A draft bill likely to be filed as early as Monday and heard in special session, if two-thirds of our legislators support it, would in effect neuter the Arkansas Department of Environmental Quality and establish a law preserving C&H Hog Farms in the Buffalo National River watershed.

The proposal, being actively pushed by the Farm Bureau, also declares an emergency because owners of the swine factory at Mount Judea were confused and their livelihood jeopardized by the requirements for transferring their existing general permit to an individual permit, which the state agency denied last month.

The somewhat confusing (to me) draft, if accepted for action this week, then passed in special session and signed by the governor, in my view fails to meaningfully distinguish between the factory's general permit granted in 2012 and the denied individual no-discharge permit. This piece of phenomenally bad legislation basically would invalidate the denial and allow the swine factory to transfer from one permit to another with no questions asked.

The primary difference is general permits today are pretty much one size fits all with few, if any, meaningful site-specific considerations, while individual permits are specifically tailored to a site like C&H.

In C&H's case, no staff geologist investigated water flow or subsurface characteristics in the karst-laden Buffalo watershed or around the factory before the general permit was issued. In switching to an individual permit, as C&H had requested, relevant environmental risks to the national river were considered for the first time.

In essence, this draft bill would not only eliminate that safeguard, but there would be no Department of Environmental Quality review allowed, no public comment period, and no possibility for appeal. In other words, once a facility has been sited even under a broad general permit, it basically would need nothing further.

The proposal specifically says any action taken by a director that has the effect of terminating a permittee's authority to operate under a general permit before an individual permit is issued would be void.

Yet another deeply concerning section appears to create a statute of limitations for challenging a permit. If I understand correctly, C&H could no longer be legally challenged on anything prior to 2013, such as the 2012 permit issuance.

Section 3 is the emergency clause that covers facilities in the process of trying to transfer from one permit type to another. These are changes many believe will dramatically affect all future permitting. The driving force behind the proposal, because of its wording, timing and aggressive lobbying efforts, I believe clearly constitutes a piece of special legislation designed specifically to benefit a single enterprise.

The Buffalo River Watershed Alliance responded: "This is clearly a major change to the Arkansas legal code to accommodate a single ill-sited operation. It has the fingerprints of special interests' influence all over it. There is simply no other reason to circumvent standard due process ... ."

A portion of the draft also says when a facility's owners or operators obtain rights to operate under a general permit or an individual permit, all decisions are final and not subject to review in subsequent administrative or judicial actions. Wow! Sounds like the obvious neutering of Environmental Quality's public oversight responsibilities; all this to benefit one misplaced swine factory.

Part of special interests' spiel to sell this bad idea to farmers and legislators is a scare tactic that says the denial of C&H's individual permit in its specific environmentally sensitive location would open the door to similar actions against factory farms elsewhere. That slippery slope argument is nonsense.

One account in the Arkansas Times said Gov. Asa Hutchinson "has reportedly acquiesced to the hog farm decision override in a special session if the backers can demonstrate two-thirds support, the vote needed to broaden the call of a special session."

Meanwhile, a news story the other day reported the Joint Budget Committee advanced a proposal that would increase spending authority for the University of Arkansas Division of Agriculture under auspices of its Big Creek Research and Extension Team to continue performing water-quality studies in the Buffalo watershed until 2022, with funding increased from $100,000 to $200,000.

The studies will be continued on behalf of the Department of Environmental Quality. The Agriculture Division will report the results and progress of these studies to legislative committees. How reassuring is that?

It's a sad deal for Arkansas when the state's top attraction that can't lobby and offer political contributions or steak dinners and drinks faces such a potential threat from our very own legislators, of all people.

So personally contact your House and Senate legislators (tinyurl.com/ARKledge), the governor at (501) 682-2345, and alison.williams@governor.arkansas.gov  by Monday, since this move (surprise!) has happened quickly and quietly. Your contact yet again has become crucial to protect the country's first national river for everyone. If you care, ask them not to sign onto such bad legislation.