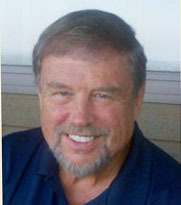 Friends of the Rivers appreciates the ongoing impact of Mike Masterson's Opinions.

I was surprised to see Gov. Asa Hutchinson's response on the Voices page last week to my open letter in a column that ran last April (republished two weeks ago). I'd appealed to his role as the chief protector of our Buffalo National River to stop the inevitable contamination from hog waste continuously being spread by C&H Hog Farms on fields along Big Creek, a major tributary of the Buffalo.

Science indeed leads Gordon Watkins, head of the Buffalo River Watershed Alliance: "Many have been asking the governor to make the C&H owners whole by buying them out. Making this a 'property rights' issue only makes resolution more difficult. ... Because there was no public notice, ADEQ's errors went unchallenged until it was too late," he said.  "When the governor writes: 'Science, not emotion, must drive our approach,' he's parroting the Farm Bureau. Yes, science should indeed lead. Then he says, 'The science tells me there's no evidence of a release from the storage ponds.' Any scientist will tell him this is an invalid conclusion based on a single bore hole.

"Science does indeed show evidence of negative impact to Big Creek, whether from the ponds or, more likely, from the waste spreading fields. Hard data collected by the Big Creek Extension Research Team, the National Park Service and the U.S. Geological Survey, as well as geoscientist Dr. John Van Brahana, all are sounding alarms.  "Again, the Farm Bureau seems to be whispering in his ear and cherry-picking data ... . If the governor will read our 98 pages of comments he'll find plenty of facts and science-based arguments.  "The governor also says work has progressed on a watershed management (WMP) plan to help identify opportunities for protecting and enhancing the Buffalo watershed. At the last WMP meeting, Big Creek was conspicuously absent from the proposed list of priority streams where attention would be focused until public objections compelled the contractor to reluctantly include that major Buffalo tributary. At every turn, relevant state agencies are looking the other way rather than confronting the obvious source of the problem.

"Hutchinson says, 'the drilling study evaluated the integrity of C&H's pond liners.' That's mistaken. That study looked only at a single anomaly while specifically avoiding any comprehensive evaluation of pond integrity.  "Finally the governor says, '... public and private projects are now being advanced to focus on protection and preservation.' Yet he emphasizes their voluntary, 'nonregulatory' focus. Valid protection of the Buffalo requires regulatory changes."

Peer-reviewed science UA geosciences professor emeritus John Van Branaha, an expert on karst geology, has worked closely with at least eight other scientists and specialists to voluntarily study potential environmental effects of the hog factory on the watershed.
Brahana cited his peer-reviewed scientific findings: "First water flows downhill, always following the path of least resistance. which in karst terrain is underground. Spreading fields underlain by karst receive feces and urine from 6,500 hogs.
"Groundwater samplings from wells and springs near the fields show increasing trends of contaminants. Dye tracings from selected sites close to the fields show rapid transmission of groundwater, typically 2,000 feet daily. Dye tests following heavy rains when groundwater levels are elevated show the flow moves beneath surface water divides to reach springs, wells and streams. The tests also show groundwater during high flow events moved to the Buffalo River downhill from where dye was input."
Brahana said such significant findings and more have previously been sent to the governor and others without being addressed. He also hopes the governor will show enough interest to invest an hour with him to review the documented science and related presentation he shared at the Osher Lifelong Learning Institute during our recent workshop together. Why wouldn't the governor?

Much science presented Carol Bitting (aka the watershed warrior): "The governor writes he's made sure the public and regulatory agencies have all the facts. Specifically, he says he's directed funding toward two separate and impartial scientific studies around C&H Hog Farms.  "His statement is so similar to those of the Pork Producers' Jerry Masters and Evan Teague of the Farm Bureau that it sheds light on why he cites only two studies, while the ADEQ's own 1990s study of hog CAFOs in the Buffalo watershed is ignored.  "The algae photographs of last September reveal truth of the Buffalo's pollution. The Beautiful Buffalo River Action Plan excludes permitted facilities. Does the governor think we believe 6,500 hogs producing eight times the amount of waste as one human then spread over sinkholes and fractures year around doesn't make its way to the river?  "Many scientific documents have been submitted, including reputable scientific data. To base the scientific 'evidence' on two studies (each designed outside state agency handbook recommendations) while excluding all the relevant science here makes me wonder how, and why, the governor can release a statement such as this."
------------v------------
Mike Masterson's column appears regularly in the Arkansas Democrat-Gazette. Email him at mmasterson@arkansasonline.com.

Letter #1:
A question of courage
I thank the governor for his piece in this paper on Friday. I wondered where he stood on the commercial hog operation in the Buffalo River watershed. Now I know, and I'm deeply disappointed.
I share his views on private land use but wonder what in his opinion are the "rare circumstances" that would justify restrictions. He must oppose eminent domain, and it appears he would have opposed preserving the Buffalo River in the first place. Indeed, our national river came at a great cost--the private land rights of hundreds of Arkansans. (A good read is Stolen Water, Forgotten Liberties by Jenny Barnes Butler of Conway.) We forced people off their ancestral land for the greater good; now we insult them and all in the Natural State by not denying a large commercial operation that will eventually damage this natural treasure.
The governor claims the decisions of the Department of Environmental Quality are "scientifically and environmentally sound." I couldn't disagree more.
To read his piece one would think all the science is on the side of the hog operation and nothing but emotions are on the side of the river proponents. I remind him that geology is a science, and it is not on his side. I found his words to be arrogant and condescending.
As to his feelings about the Buffalo, I found his words to be empty and his actions insufficient.
Not mentioned was the economic impact to the state. I can't remember in my 67 years a case where so much was put at such great risk for so little benefit.
I feel the governor shows a lack of foresight and even political astuteness--and if I am wrong there, then there is the question of courage. I guess I need to work on those things myself since I voted for him.
DAVID T. JONES
Heber Springs

Letter #2:
On objective sources
Our governor admits that his passion for the Buffalo River colors his response to the available science. First he says, "Science, not emotion, must drive our approach to protecting the Buffalo National River." A bit later he says, "My love for our state and my passion to protect our water compels me to ensure that the studies are scientific and impartial."
Unfortunately for the river, love and passion are not the measures by which science is ensured. Unbiased rigorous study design and adherence to set protocols are the basis of true science. Despite assurances from the Department of Environmental Quality and Big Creek Research and Extension Team reports, the U.S. Geological Survey, National Park Service, Karst Hydrogeology of the Buffalo National River, and Arkansas Game and Fish all beg to differ in their reports of impairment.
If wishes were fishes, the river would be swimming with healthy organisms and species. Instead, the USGS shows the tributary next to the C&H CAFO is alarmingly low in dissolved oxygen that allows smallmouth bass to breathe and flourish. The Department of Environmental Quality ignores the data, claiming it's too much information to process. Although the Big Creek research team reported high nitrate levels and peaks in phosphorus that promote stringy algae blooms that obscure the clear waters downstream, it continues to repeat that the water is okay.
We applaud our governor's love for the Buffalo, but ask him to keep an eye on the science, read the Regulation 5 comments on the Department of Environmental Quality's website from the Buffalo National River superintendent, the Ozark Society, Buffalo River Watershed Alliance, noted geologists, and former Environmental Quality employees.
Sometimes, Governor, your closest advisers are not your most objective sources of impartial information.
MARTI OLESEN
Ponca