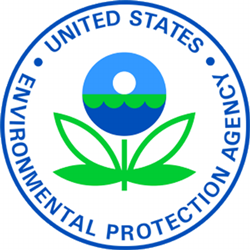 What it Means for Arkansas

Across the country, small streams (headwater, intermittent, and ephemeral streams) and wetlands are losing Clean Water Act protections in the wake of two recent Supreme Court decisions and subsequent federal agencydirectives. The EPA and Corps of Engineers recently issued a proposed rule change, often called “WOTUS” for shorthand, that would dramatically reduce Clean Water Act protections for our streams and lakes, and ultimately result in increased pollution, decreased water quality, and decreased fishing and other water-based recreation.  The public – every one of us - has the opportunity to voice our views on the Clean Water Act, the importance of protecting our waters, and our opposition to the negative impacts of this proposed rule, until the deadline of April 15.  Having your voice heard is important and necessary to protect our rivers and aquatic resources, our fishing, and our local economy.

Waters at Risk Due to the Proposed Rule

In Arkansas, at least 63% of streams and their adjacent wetlands are at risk of uncontrolled filling and pollution. Arkansas has already lost an estimated 72% of its wetlands since the 1780s - more wetland acres than anyother inland state in the nation.

Wetlands and streams store water, acting as sponges during flood periods, and help maintain flows during drought. The AGFC has noted that the state “is rich with mountain streams, most of which are tributary orders away from any river used or historically used for commercial navigation… [including]the Buffalo River which is an Ozark Zone Blue Ribbon smallmouth bass stream and a national recreation destination.” These streams and their adjacent wetlands may no longer be protected by the Clean Water Act. Removing the small tributaries of the White River, North Fork River, Buffalo National River, Crooked Creek, Bull Shoals Lake, and Norfork Lake from CWA jurisdiction will have devastating impacts to the biological integrity of the streams and lakes and the water-based economy of the region and our state.

North Arkansas is a premier destination for many of Arkansas’s and the nation’s trout and other sportfish anglers, and their expenditures are a key component of all aspects of our local economies. More broadly, 90% of fish caught by American recreational anglers need wetlands for shelter, food supply,spawning, and nursery areas. Small streams and wetlands are essential spawning and breeding grounds for fish and they house the insects and smaller fish that serve as food for many larger fish. Arkansas waters support a wide diversity of wading birds, migratory song birds, and other wildlife that attract wildlife enthusiasts. Arkansas’s outdoor recreation and tourism economy is dependent upon the continued protection of these waters. Over $2 billion was spent in Arkansas in 2006 on fish and wildlife-related recreation, most of which is dependent upon healthy and abundant aquatic habitat, and this number has increased significantly in recent years.

Without Clean Water Act oversight over what pollution is put into the multitude of small streams and wetlands that directly impact the water quality in our larger lakes and streams, there will be less enforcement of the Act and increased pollution and associated costs. For example, from July 2006 until early 2008, after a court decision and unfavorable EPA guidance, more than 500 Clean Water Act enforcement cases were negatively affected nationally. About 140 of these compromised enforcement actions occurred in EPA Region 6 which includes Arkansas. And, at least 389 polluting facilities are located on at-risk streams in Arkansas. Their pollution is presently regulated and limited through Clean Water Act permits, but these permits may no longer be necessary if the proposed rule goes through in its current form and some of these facilities could pollute as they wish.

Arkansas has no independent state permitting program that regulates dredge and fill discharges in so-called isolated wetlands or small streams and their associated wetlands. Arkansas’s Department of Environmental Quality (ADEQ) does have Clean Water Act 401 water quality certification authority over the State’s wetlands and other surface waters where federal Clean Water Act permits are issued, but this authority will evaporate with respect to waters no longer recognized as Clean Water Act “waters of the United States” by the EPA and the Corps of Engineers.

You Can Help Protect Our Streams and Lakes from Unregulated Pollution

The full proposed rule is very lengthy and legalistic, but can be viewed at the following website for those who wish to dive into the legal details:https://www.federalregister.gov/documents/2019/02/14/2019-00791/revised-definition-of-waters-of-the-united-states

However, for overviews of the proposed rule, its negative impacts on our fish and wildlife resources, and links designed to aid you in submitting your opinions about the importance of clean water, you can consult the websites of organizations such as:

Or, you may submit comments directly to the EPA, identified by Docket ID No. EPA-HQ-OW-2018-0149, by any of the following methods: