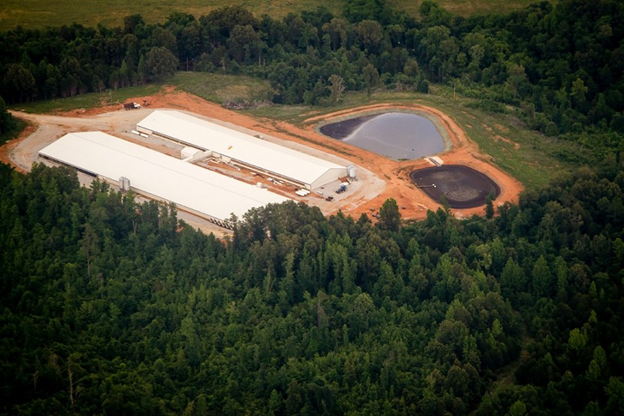 Governor Asa Hutchinson announced June 13th a closure agreement was reached between the owners of the C&H hog CAFO (confined animal feeding operation) located in the Buffalo National River watershed and the State of Arkansas.

This is truly good news for the health of the Buffalo River and the future of the watershed. The closure of C&H is the result of 6 years of tireless effort by many organizations and individuals who used science, common sense, tenacity, financial resources, the press, political, legal and regulatory methods to ultimately succeed in achieving an agreement for closure of the facility.

Governor Hutchinson and Stacy Hurst (Secretary of the Department of Parks, Heritage, and Tourism) deserve thanks and praise for recognizing the importance of the Buffalo National River to the State of Arkansas and stating the CAFO should not have been permitted in the Buffalo River watershed.

Many allied conservation, wildlife and watershed organizations supported by thousands of concerned and informed citizens pushed our government representatives and state organizations to accomplish this outcome.

Major points of the closure agreement are:

A copy of the full agreement is here.

The funds for the closure will come primarily from the State with $1,000,000 being provided by private contributions of many people through The Nature Conservancy in Arkansas.

Governor Hutchinson also said a temporary ban on new medium and large scale hog farms in the watershed should be made permanent. He has directed Department of Environmental Quality Director Becky Keogh to start the rule-making process to make the language permanent.

The winding down and closure of the CAFO is expected to take approximately 180 days from the funding date of the Escrow Agreement which is contingent upon verification by the State of clear title being held by C&H. After removal of all swine, ADEQ will begin cleanup of the facility and waste lagoons.

Because of the millions of gallons of liquid waste (approximately 2.5 million gallons per year) containing phosphorous, nitrogen and bacteria sprayed on the fields over the past 6 years it may take many years for those to be washed through the soil. It is difficult to estimate how many years these “legacy” nutrients and bacteria will be impacting the Buffalo River watershed after the closure of the CAFO.

We will provide more information as it becomes available.

Please thank Governor Hutchinson  and also Stacy Hurst, Secretary of the Department of Parks, Heritage, and Tourism (501-324-9162 stacy.hurst@arkansas.gov) for their roles in accomplishing this outcome.